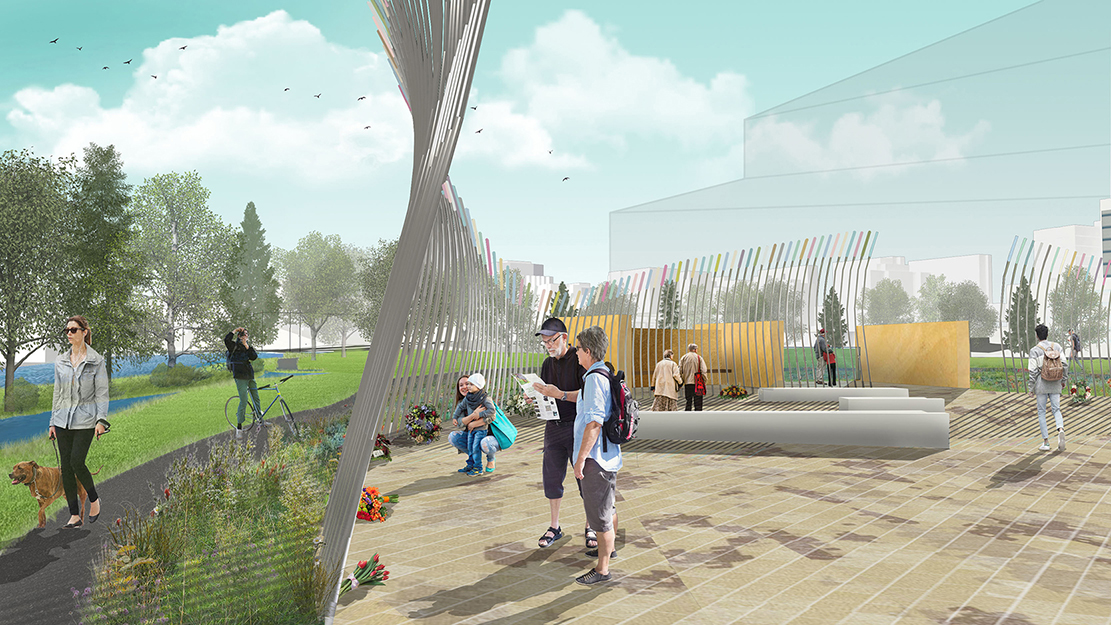 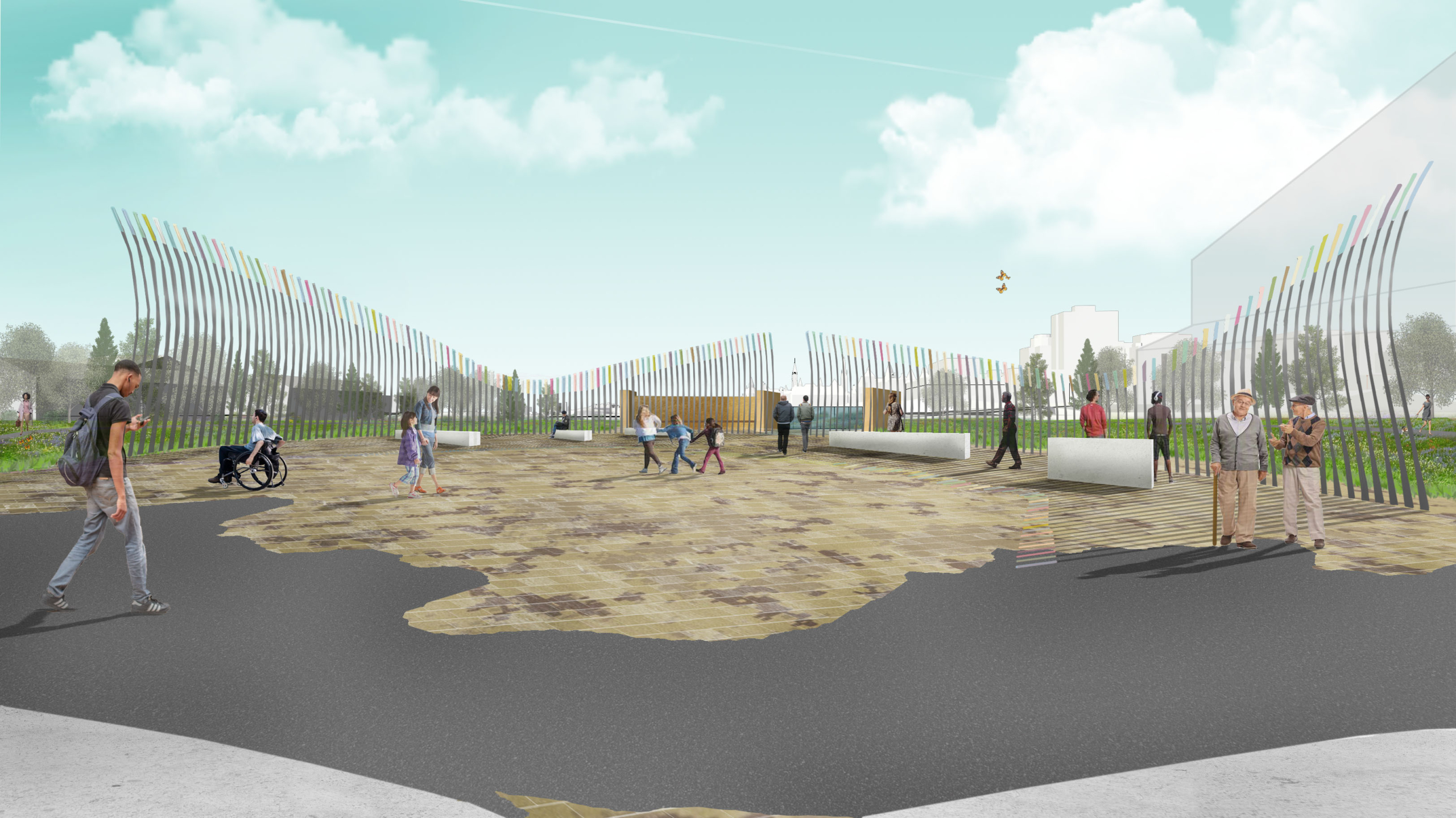 Team Lashley + JMA is proud to submit its concept for the National Monument for Canada’s Mission in Afghanistan, as one of five finalist teams in this national competition. The design can be viewed online, with public input by filling out a short survey. This consultation stage will assist the jury in evaluating the proposals.

To review the finalists’ designs, visit the Government of Canada Competition website.

The core team, of David Lashley (Ottawa • Montreal), John MacDonald (Kitchener), and Sandra Dunn (Kitchener), has worked these last months to design a monument that honours those who served. It supports meaningful discussion and thoughtful contemplation of Canada’s’ role in our World, and the Mission’s complex legacy for Canada, for participants, and for Afghanistan.

The Monument draws on the concept of “Shura”, a traditional gathering of elders for the purpose of local or national conflict resolution and decision by consensus. Canadian Military engaged in shuras in an effort to move beyond our security role, to a place of stability where lasting progress could be made. These face-to-face meetings were a highly effective way to communicate Canada’s efforts to help, to create mutual bonds of trust and respect, and to gauge local perceptions of our foreign presence.

The Monument has three main components:  a semi-circular Plaza, a delicate but robust sweep of Wings, and five commemorative Plinths.  These elements form and interact with a carefully designed landscape setting.

In reflecting upon the team’s journey thus far, John MacDonald says: “Our collaboration and intense design research in these past months have greatly enriched us. We’ve tried to place ourselves within the Mission and with its participants and their families. Our design reflects this journey and portrays both the complexity of the Mission and the values for which Canadians strive and sacrifice, as we move beyond conflict to reconciliation and hope.”

is a craft based Canadian artist. A graduate from the University of Waterloo, she established a full-time blacksmithing practice in 1993. Seven years later she founded Two Smiths, a design and prototyping studio located in Kitchener, Ontario. The firm has developed and built a wide variety of sculptures, functional objects and architectural features in forged steel, hammered copper and bronze, for both private and public spaces.

is the founder and principal of John MacDonald Architect (JMA), a design consultancy based in the Grand River watershed of Southwestern Ontario. The firm’s twenty-five years of experience involves projects of varying scales, with a focus on leadership for complex new and adaptive re-use projects requiring interdisciplinary approaches and collaborative associations.

For all inquiries about this project, the competition process, timelines, next steps, etc., contact PCH Media Relations:

For further information regarding John MacDonald Architect and this release, or for interview request, contact John MacDonald, OAA, MRAIC, Principal of the firm